The Knife Angel has been created as a National monument against violence and aggression at the British Ironworks Centre in Oswestry and is a memorial to those whose lives have been affected by knife crime. It is a 27ft high sculpture, which Alfie has designed and created single-handedly using over 100,000 knives surrendered and collected in nationwide amnesties in 2015/2016. The angel began it’s tour around the UK in 2018 when it was housed outside of LIverpool Cathedral for December and January in order to raise awareness of the impact of knife crime on society, the victims and their families and friends. 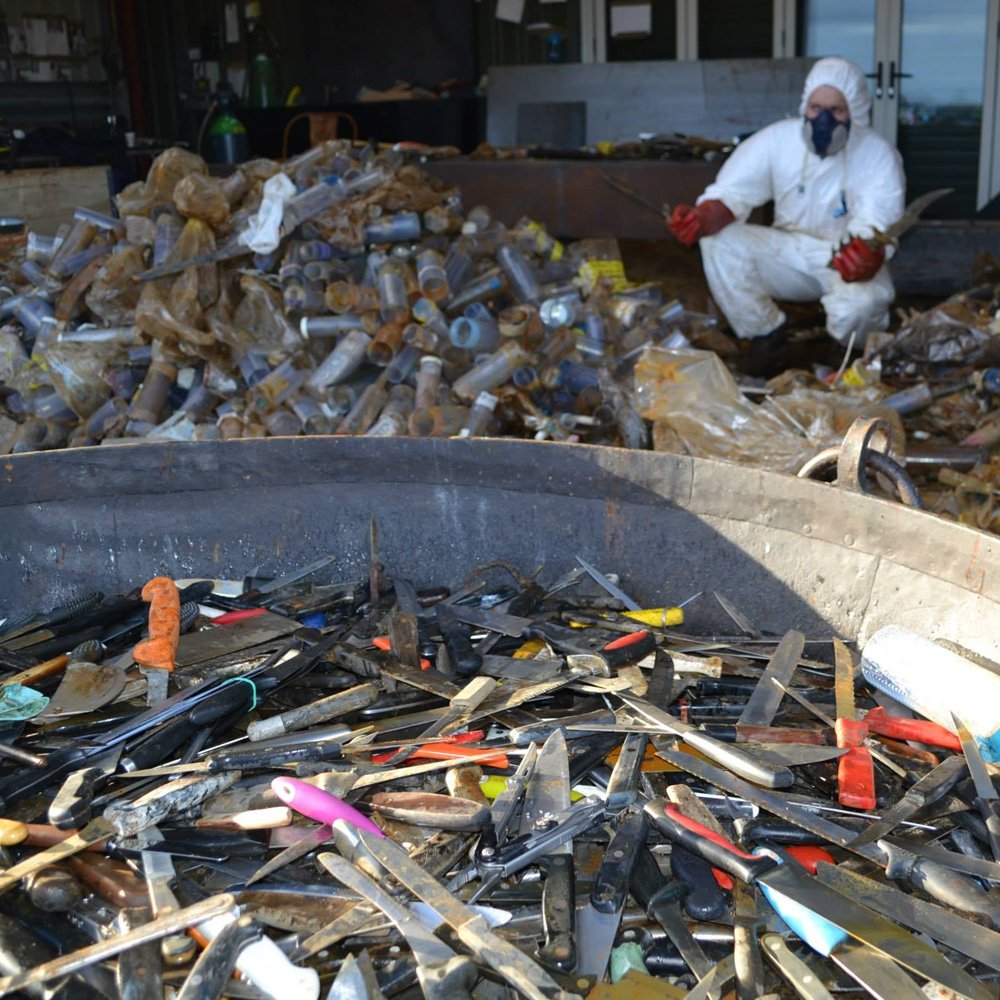 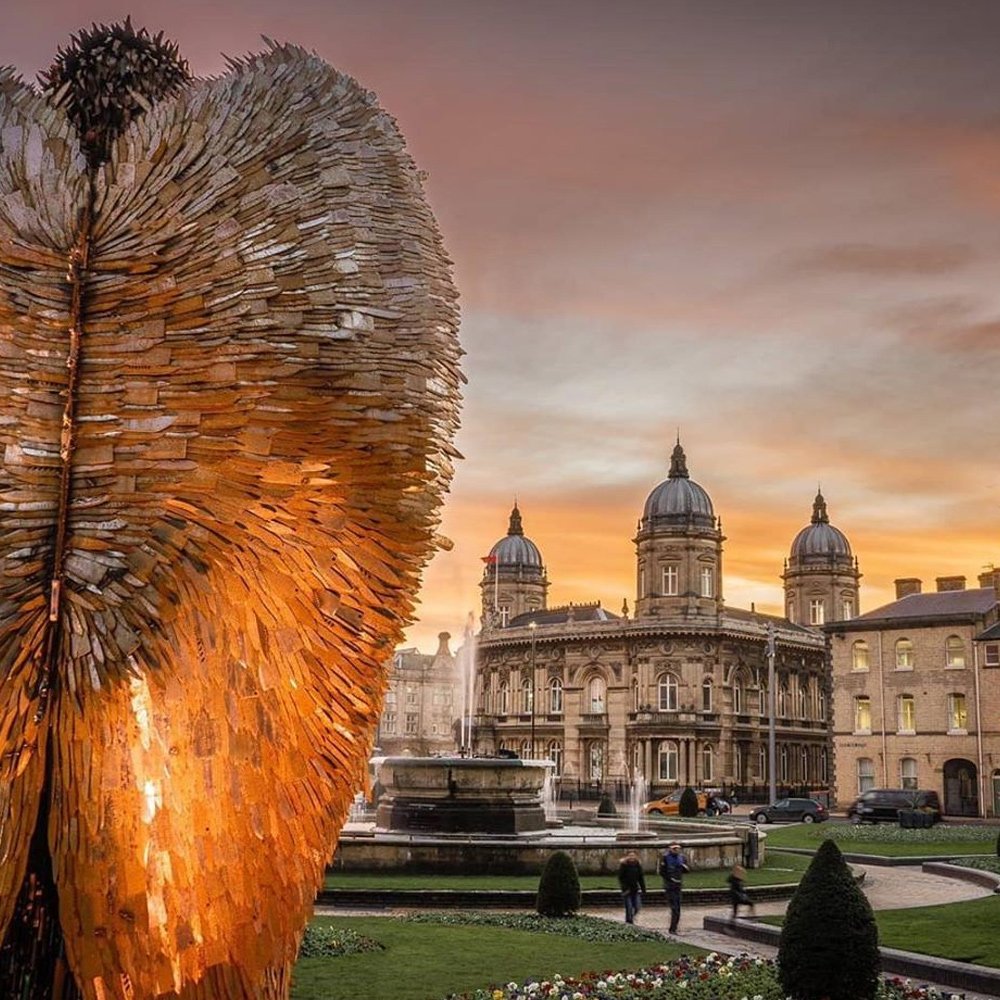 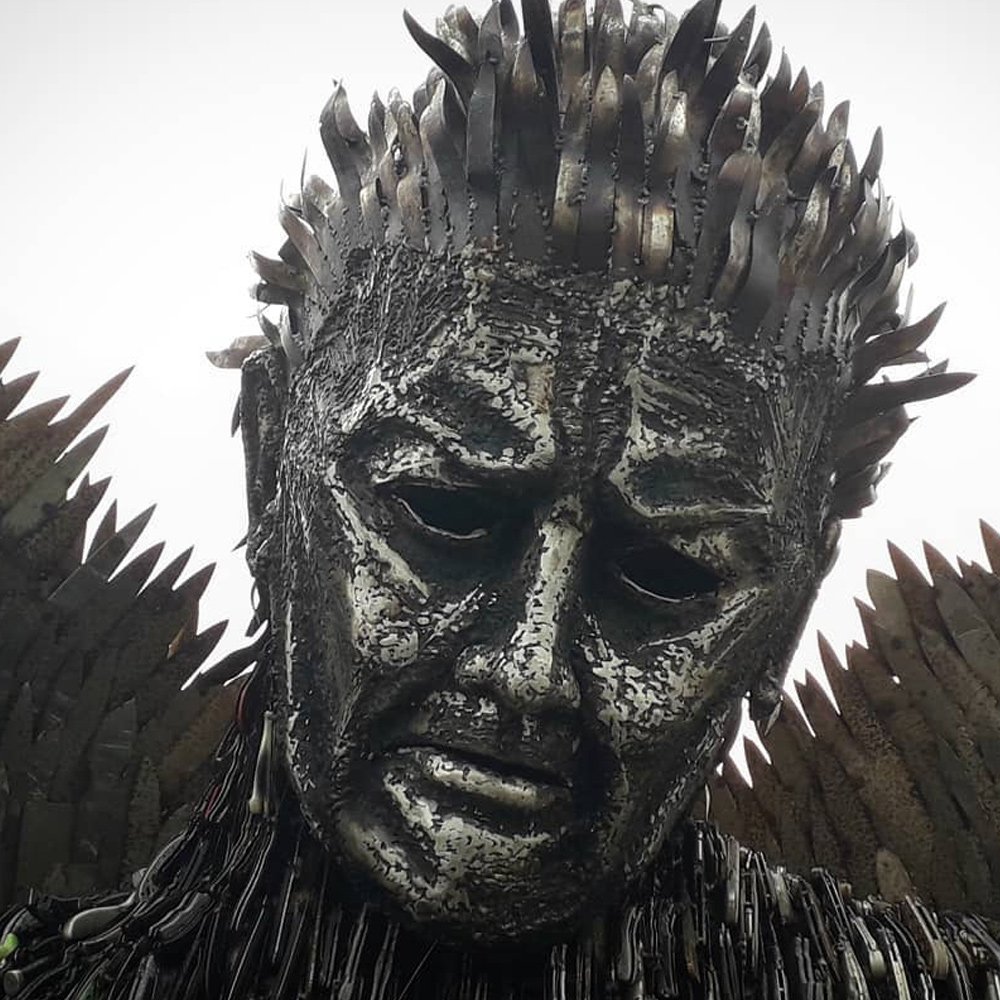 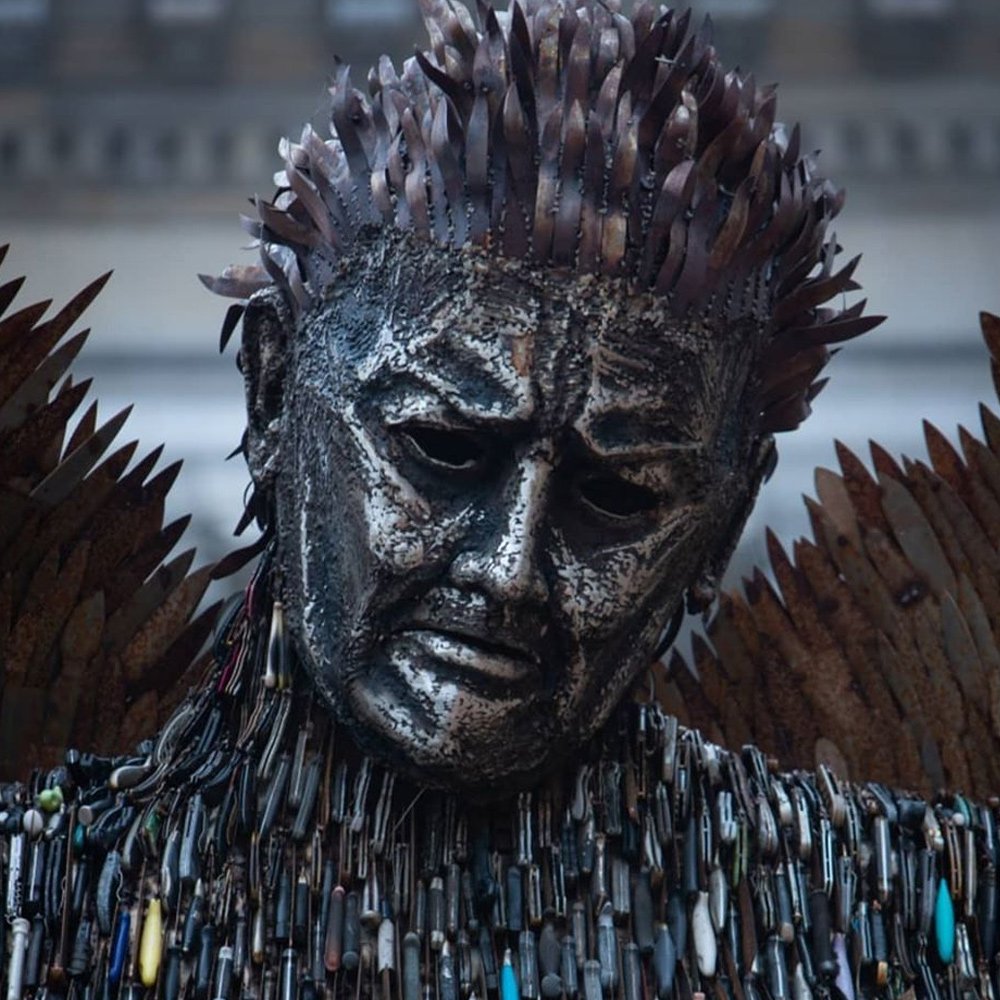 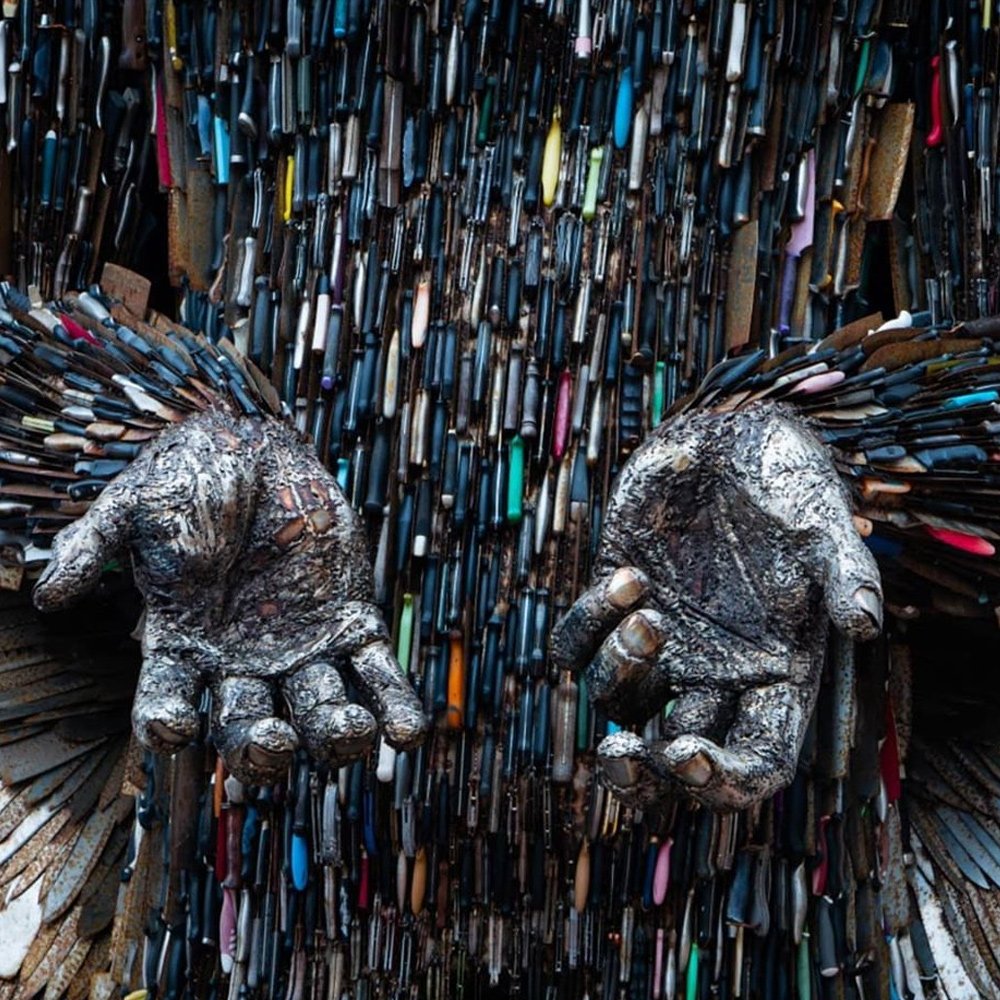 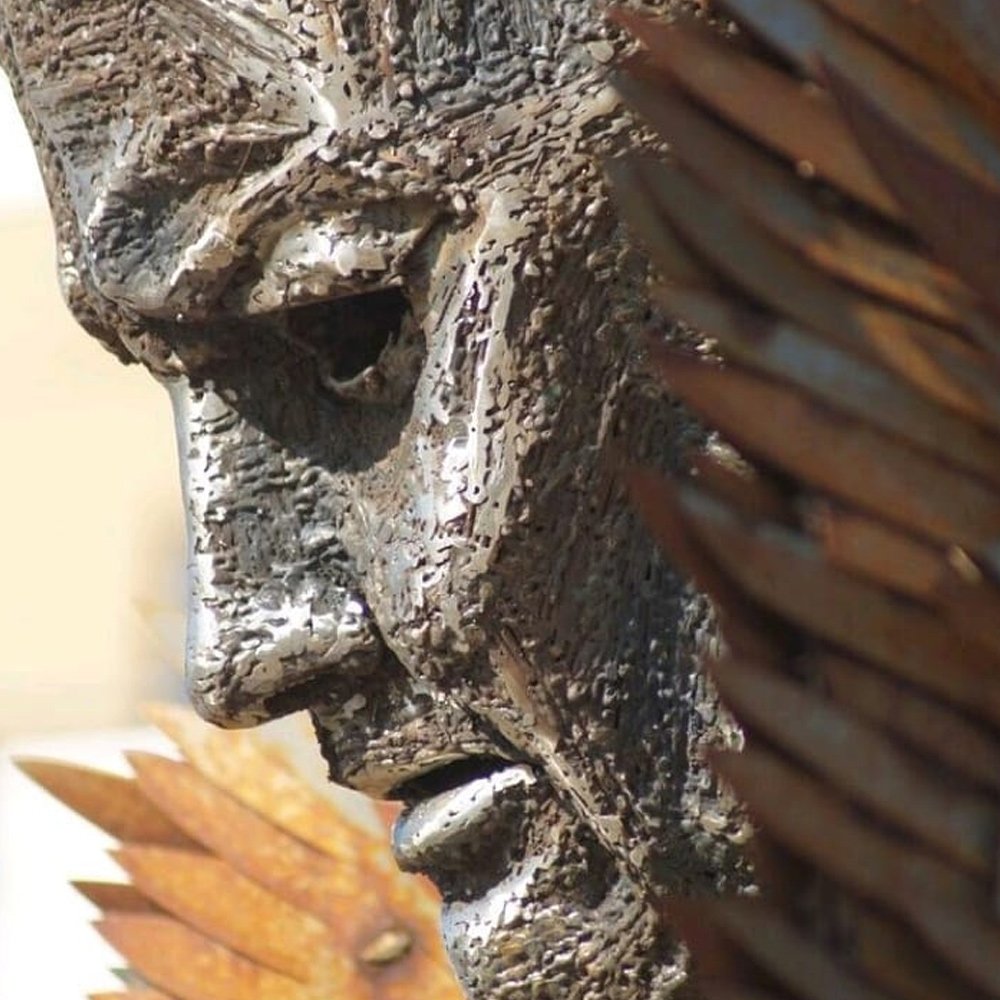 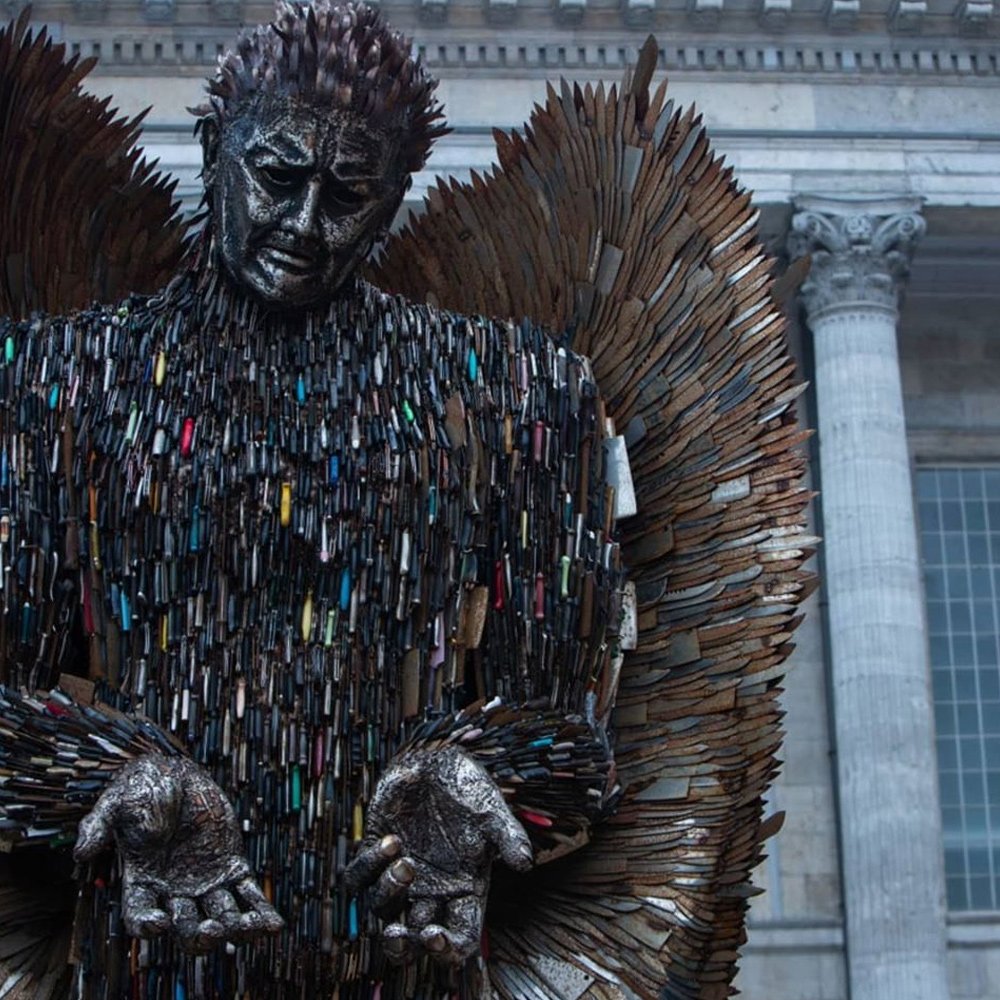 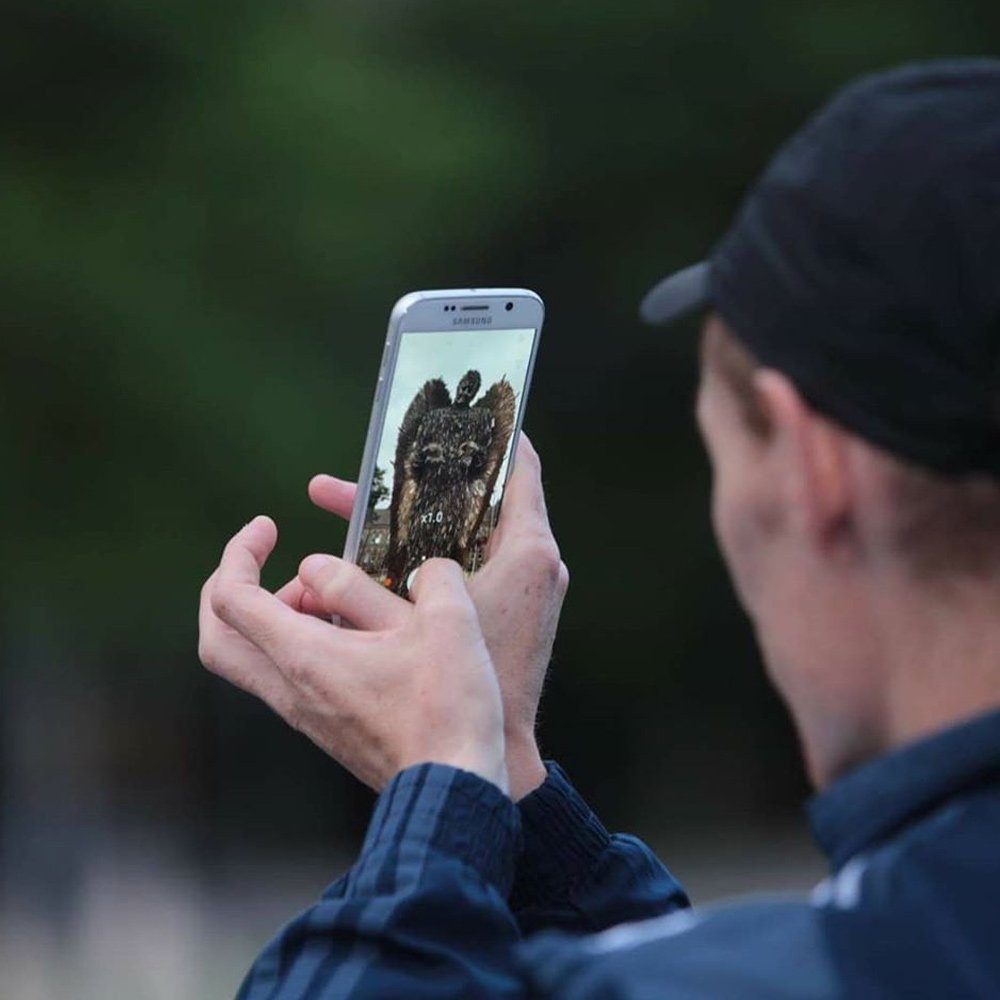 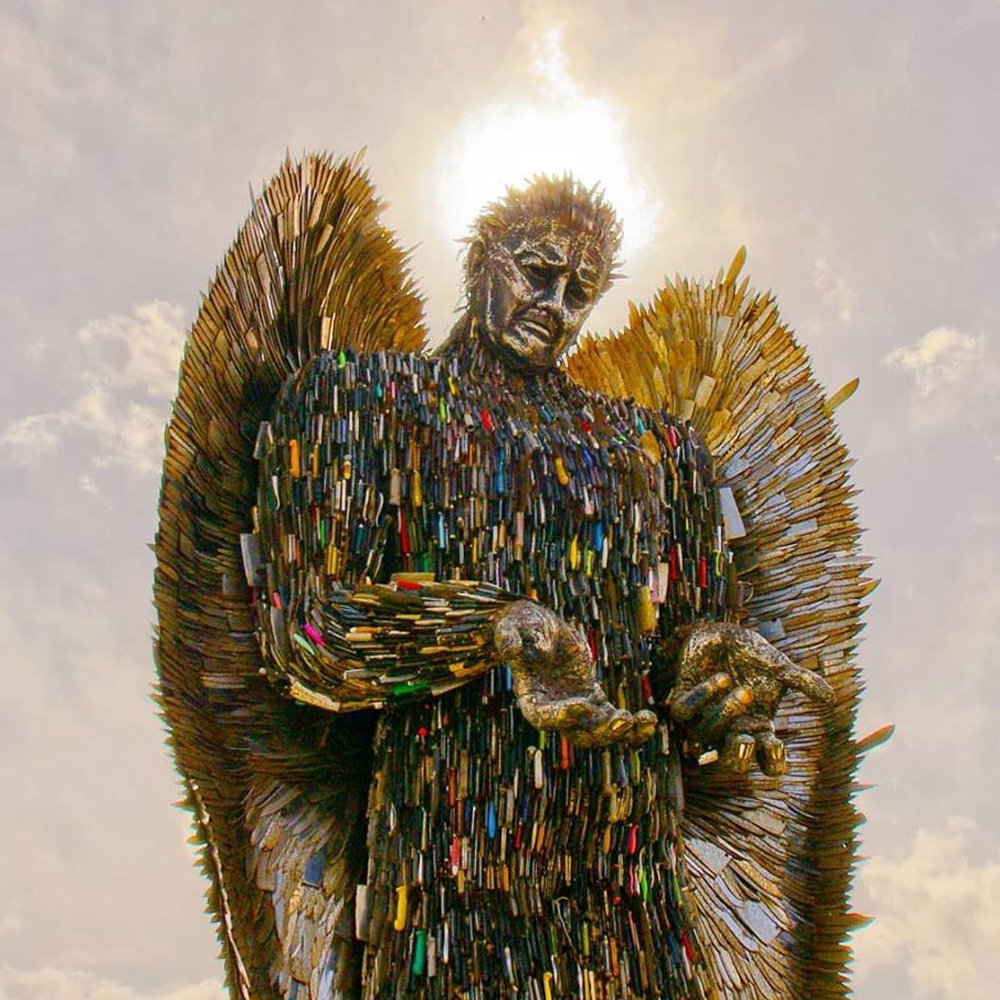 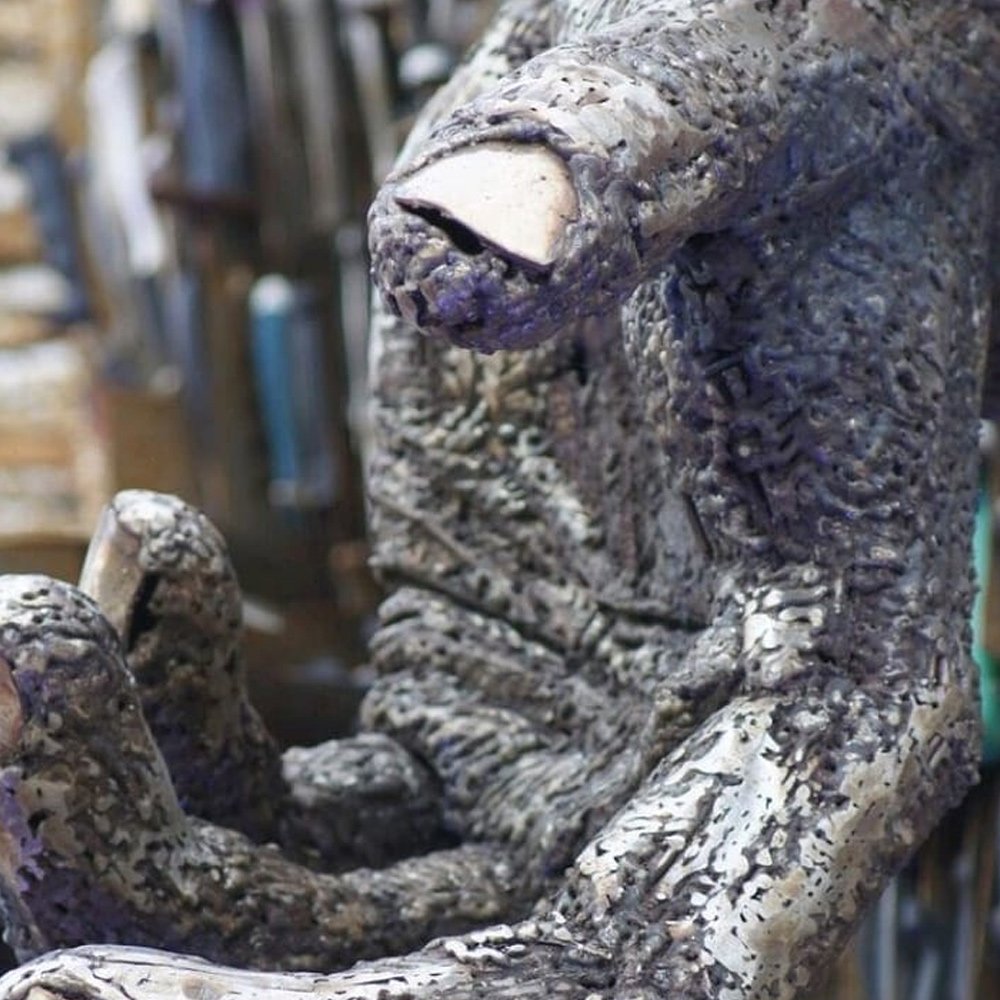 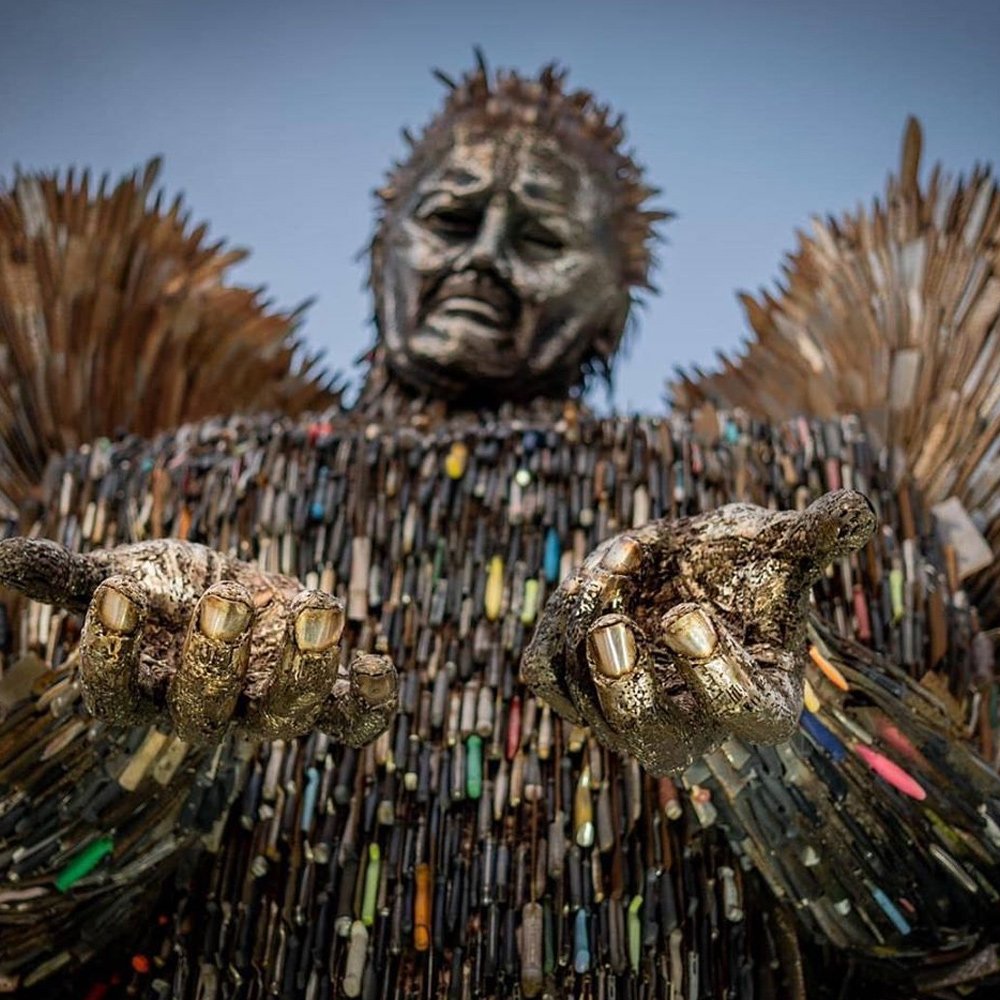 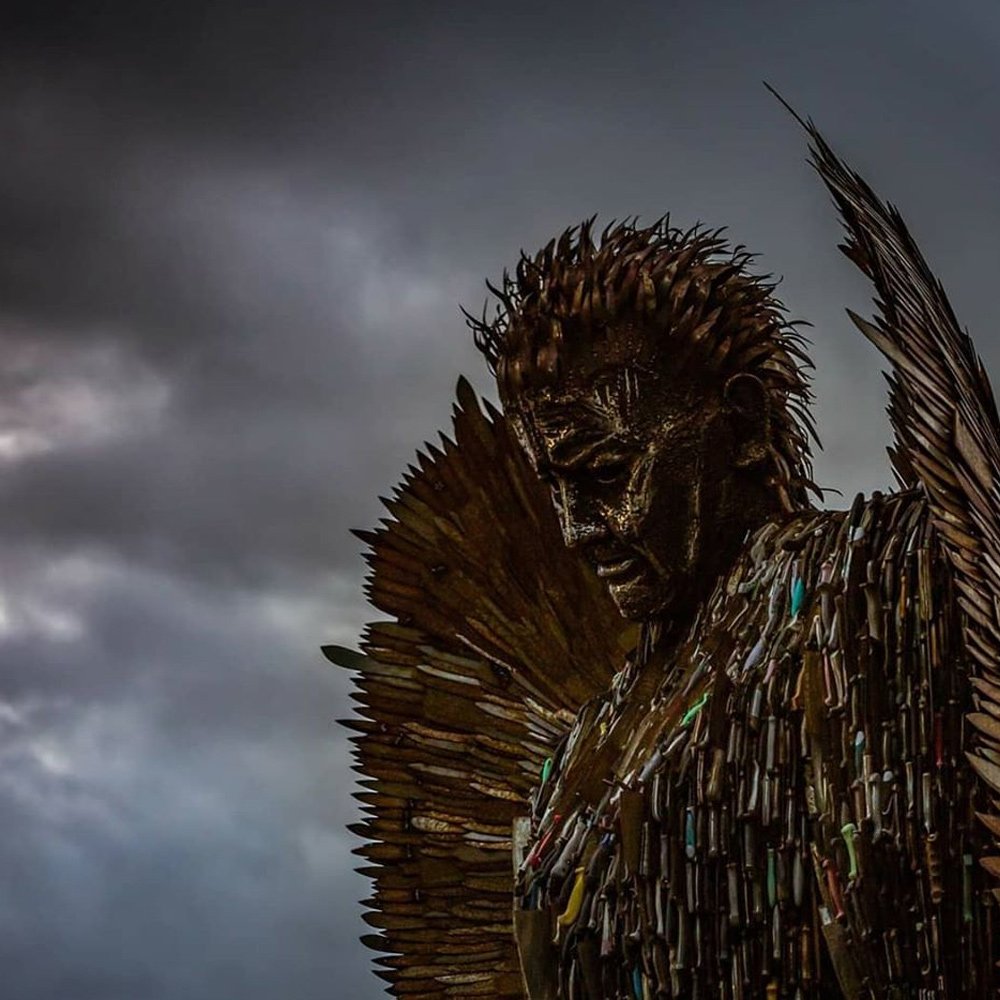 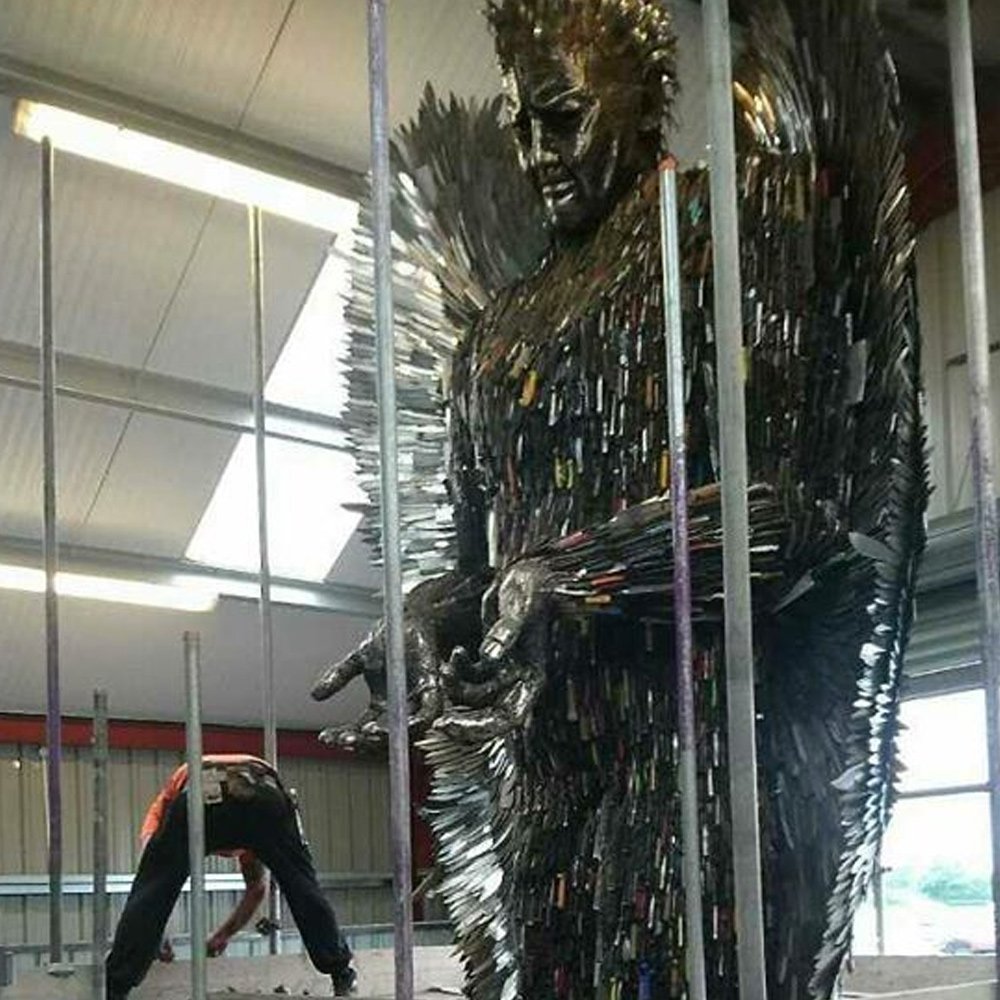