Sculptor & Artist, Creator of the Knife Angel and Spoon Gorilla.

Alfie was born in SE London in 1990 but from the age of three was raised in France where he studied as a tailleur de pierre (stone carver) and later as a sculptor before moving back to England in 2013 where he started to sculpt with metal and his professional career began.

He has created many impressive sculptures in that time from his first project – a RHINO’s HEAD which sits in the foyer of DEFRA in London, to the internationally famous SPOON GORILLA – a 4m high sculpture built from 40,000 welded spoons for the famous spoon- bender Uri Geller with many other commissioned pieces along the way. After completing the gorilla Alfie had a light-bulb moment and came up with the idea for his current artwork, ‘KNIFE ANGEL’, his most ambitious project to date. A 27ft high sculpture made of over 100,000 weapons surrendered to amnesty knife bins around the country, it is currently on a city tour of the UK.

The Knife Angel has been created as a National monument against violence and aggression at the British Ironworks Centre in Oswestry and is a memorial to those whose lives have been affected by knife crime. It is a 27ft high sculpture, which Alfie has designed and created single-handedly using over 100,000 knives surrendered and collected in nationwide amnesties in 2015/2016. The angel began it’s tour around the UK in 2018 when it was housed outside of Liverpool Cathedral for December and January in order to raise awareness of the impact of knife crime on society, the victims and their families and friends. 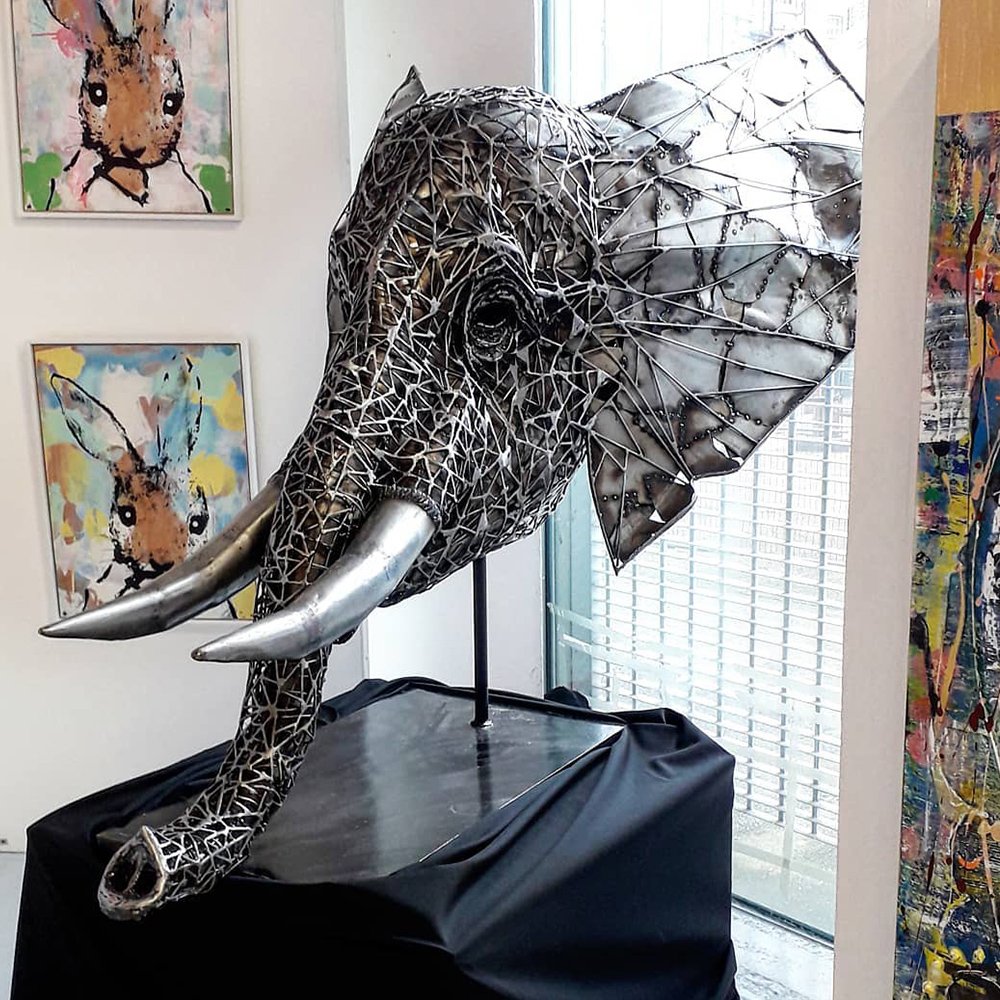 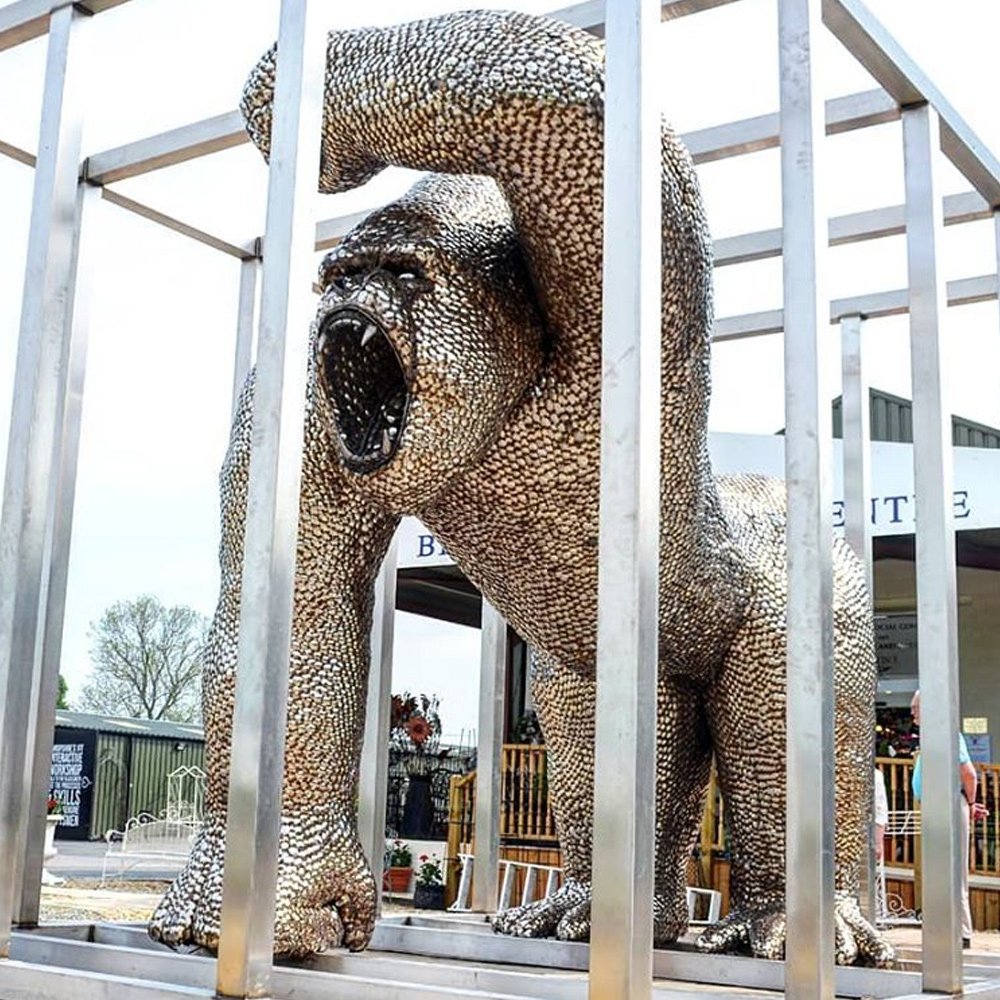 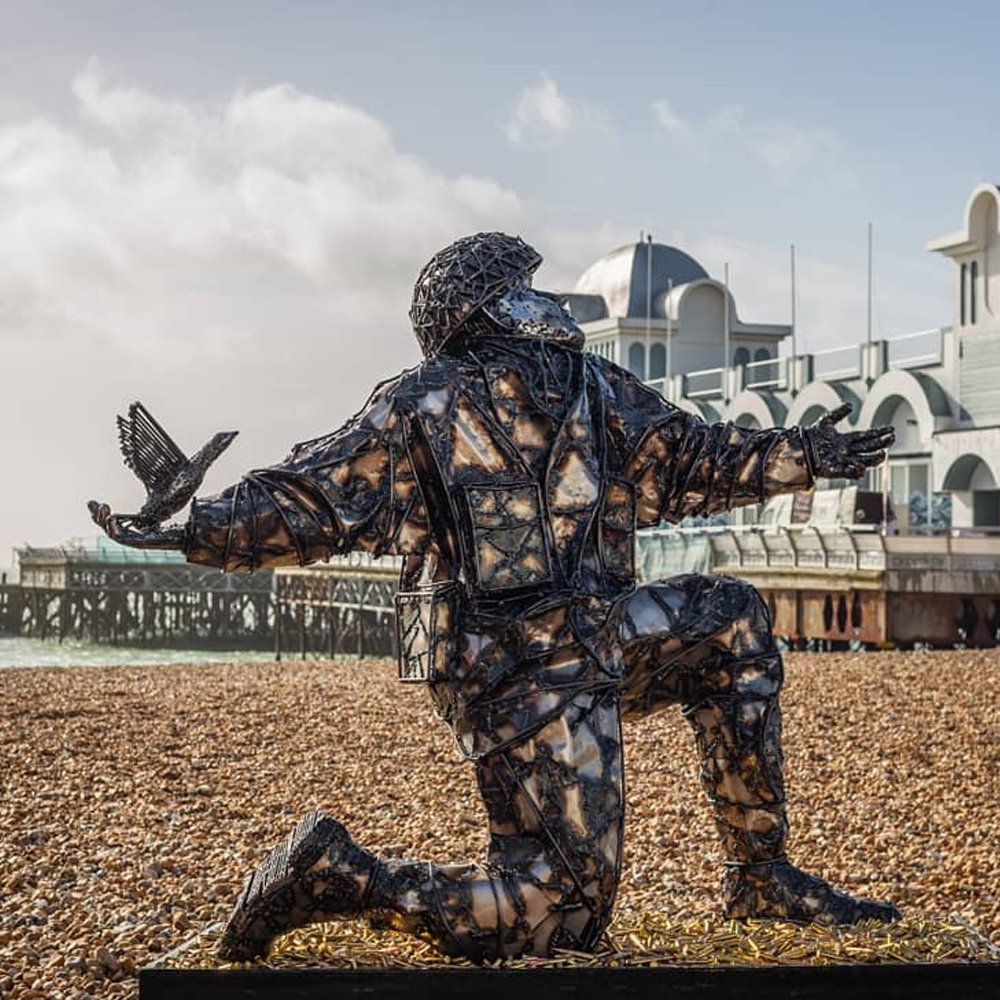 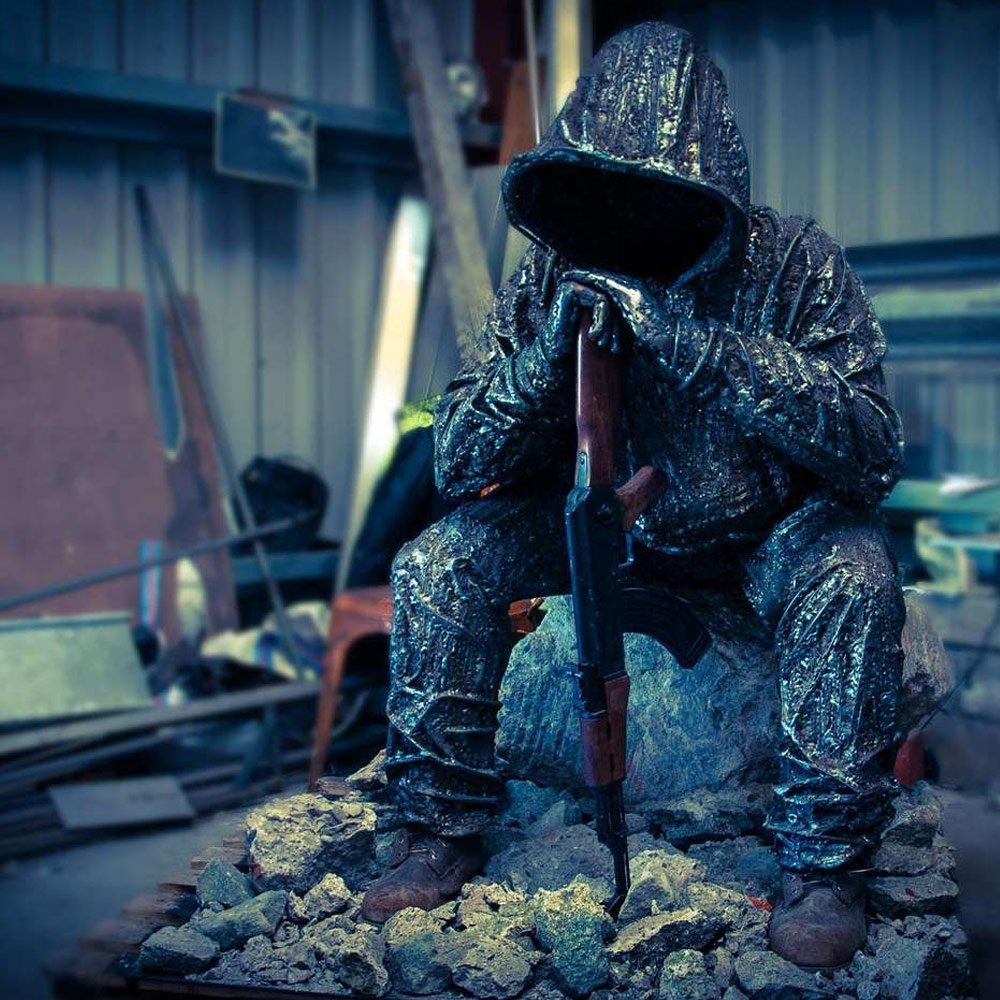 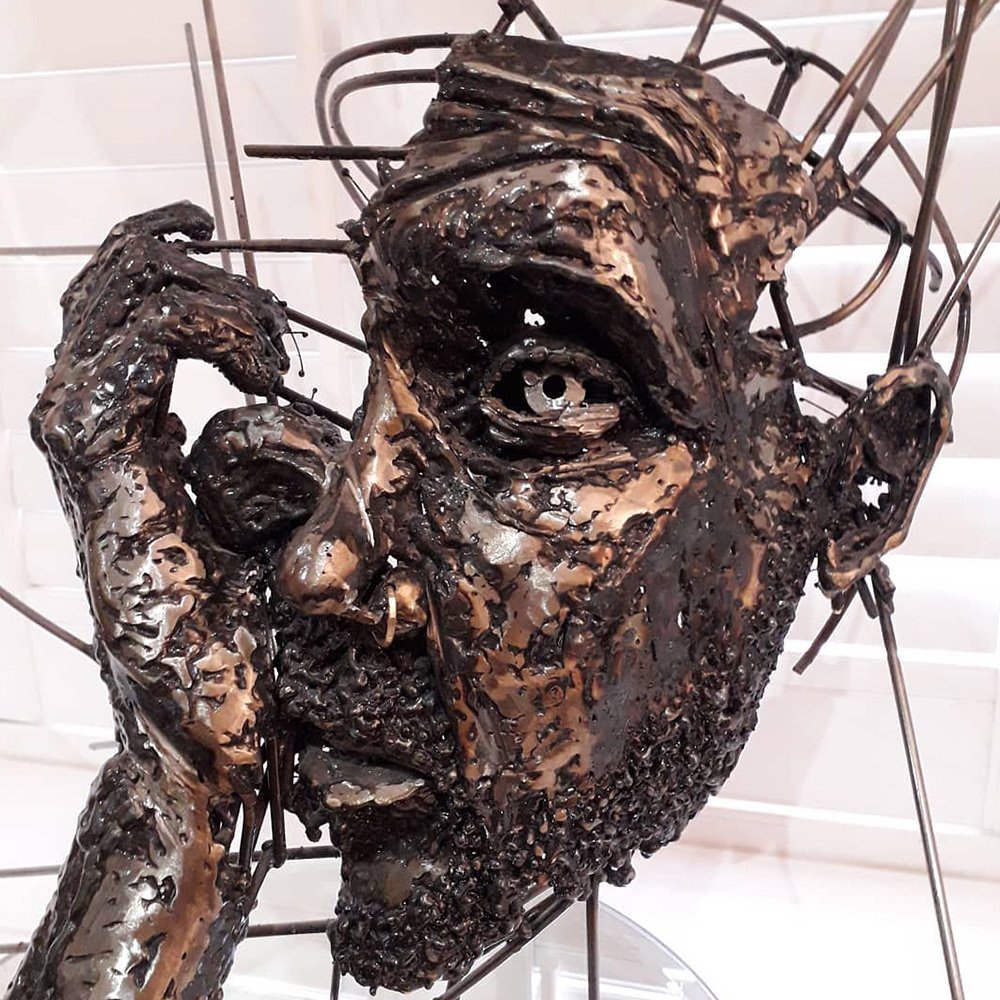 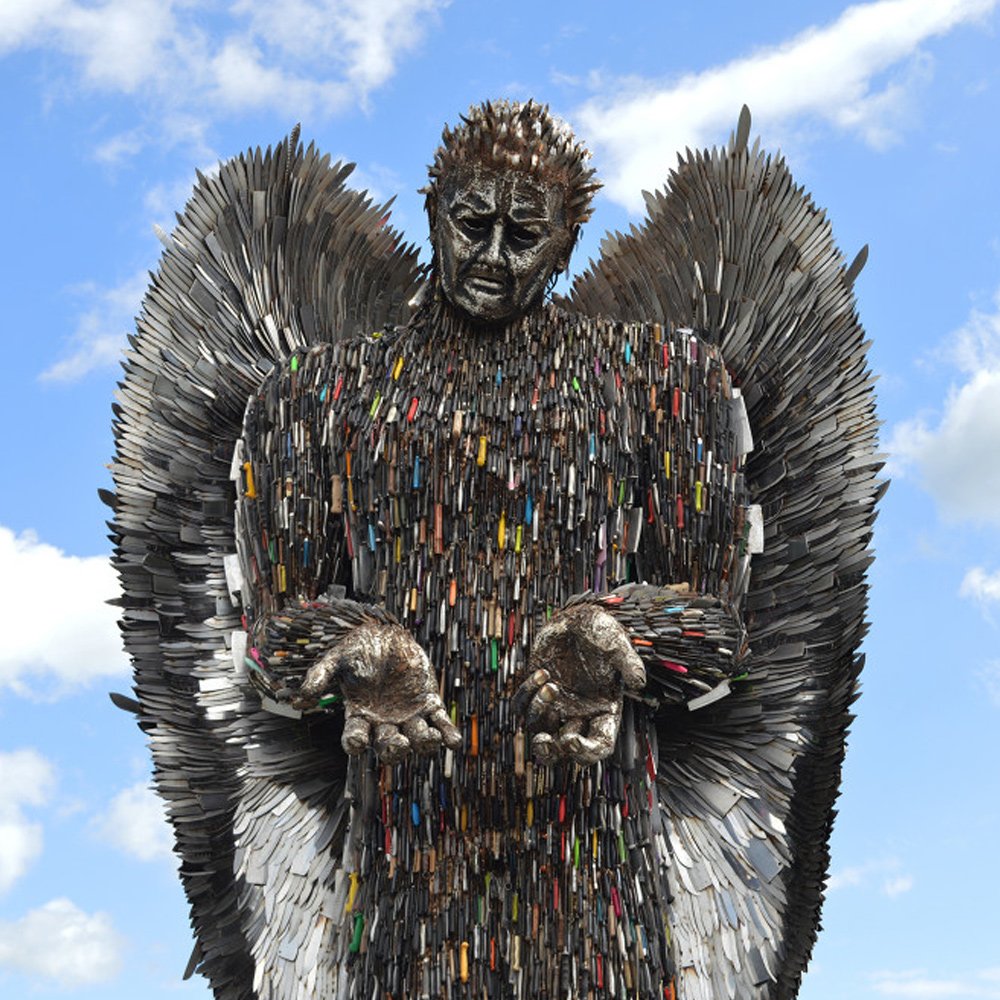 Alfie is also a talented painter and has created a range of work in various medias. Take a look at some of his pieces.